Tennesseans United Board member, Paul Kuhn has just updated his famous “CANNABIS FACTS” booklet for Autumn 2015.  The printed version is very impressive, but the same great cannabis education is available to download right here: Cannabis FACTS Fall 2015  This is the easiest way to learn “everything you ever wanted to know” about cannabis.  Please download it, read it, and circulate it widely.  Thanks!

Tennessean Adam House served 15 months in Afghanistan with the 173rd Airborne Brigade Combat Team.  He speaks powerfully of the need to legalize medical marijuana for the treatment of PTSD symptoms.

The tide of cannabis law reform is turning – in our favor, fortunately.  Do not miss this article http://goo.gl/snYGaV

Why the Christian Right Is Backing Marijuana Reform in Texas

You may be surprised to find out that unexpectedly forward-thinking legislation is gaining a foothold in The Lone Star state government.  Introduced and backed by Rep. David Simpson of Longview—a Republican, Christian legislator who is supported by the Tea Party—H.B. 2165 would legalize marijuana possession for both recreational and medicinal use and create a system for the legal sale of the plant. The bill will now move to a full floor debate and vote in the House.  Definitely worth following this story as it develops.

The Republican-sponsored medical marijuana bill made its first step through the legislature last week.  The House Health Sub-Committee voted in favor of passing the bill on to the full House Health Committee.

Follow the latest developments with these bills, including live streaming on the Internet:
http://wapp.capitol.tn.gov/apps/schedule/

There are a variety of substantive reasons marijuana policy is an appealing topic for some—if not all—Republican hopefuls. Read more here: http://goo.gl/Fyl0Dj

Logan Mathes is a police officer in East Tennessee. He is also an advocate for medical cannabis. Here is his family’s story: http://goo.gl/hhcmtY 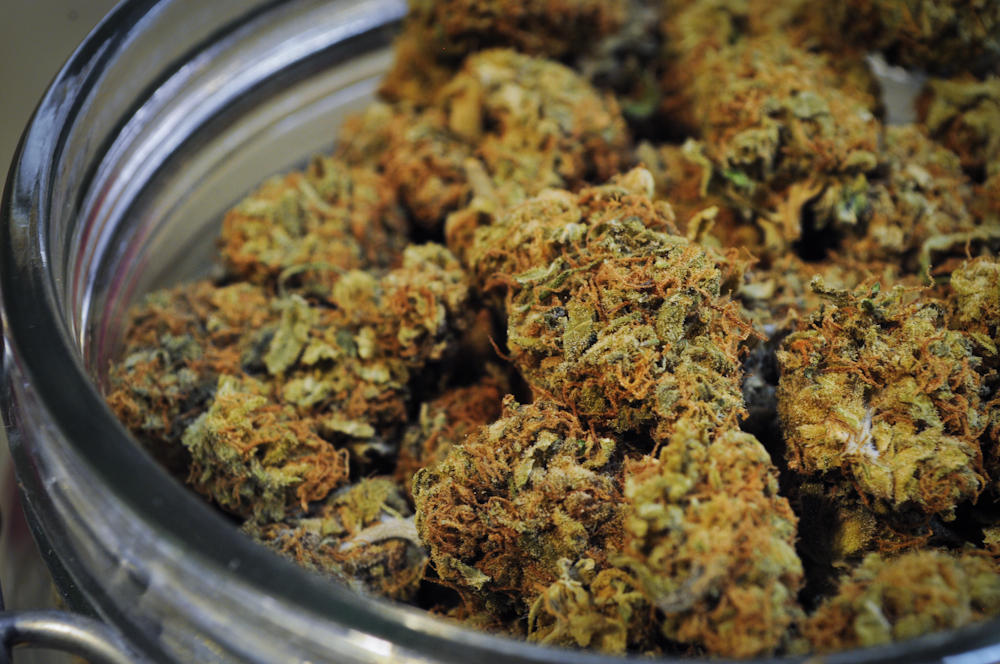 Most of Nashville’s mayoral candidates support the decriminalization of marijuana to some degree. They were asked about the issue this week at a forum hosted by the Nashville Bar Association and moderated by WPLN.

Cities around the U.S. have been backing off enforcement of marijuana possession. There’s a petition circulating that would have Nashville do the same. It calls for a referendum by voters that could end up on the same ballot with the mayor’s race in August.

“I’ve thought for a long time that the criminalization of small amounts of marijuana was totally unfair,” attorney Charles Robert Bone said.

Bone said he views marijuana more like underage drinking, even though the punishment is often far more severe.

Two candidates are leaning away from loosening local laws related to marijuana.

“I think the police need to use their judgment and follow the law,” businesswoman Linda Rebrovick said. “The law is there for a reason.”

Real estate developer Bill Freeman said he’d rather not make the city a “pot destination,” though he would support action on the federal level.

Click here to listen to sound clips of the candidates’ remarks: http://goo.gl/80t41r

The campaign to validate the medicinal qualities of marijuana got its latest endorsement Wednesday morning from the top U.S. medical authority, who said “marijuana can be helpful” for treating certain conditions and symptoms. Surgeon General Dr. Vivek Murthy made those and related comments during an appearance on CBS News, although he primarily was discussing the debate surrounding vaccinations for measles.

When asked toward the end of the interview about his personal feelings regarding the legalization of marijuana, Murthy cited “some preliminary data … for some medical conditions and symptoms” before declaring that “marijuana can be helpful.” His comments only underscore the U.S. government’s apparent inconsistency on the topic of medical marijuana despite the Department of Justice’sannouncement in 2013 that it would not challenge state marijuana laws governing medical usage. On Tuesday, on the other hand, federal lawyers were in court in hopes of closing a medical marijuana operation in Oakland, California.

Murthy joins a growing chorus of government officials who say marijuana has medicinal qualities and can be therapeutically effective in certain instances. Currently 23 states and Washington, D.C., have made legalized medical marijuana in some form or other. Despite having been legalized in Colorado and Washington state for recreational purposes, at the federal level, marijuana remains a Schedule I drug – a classification that groups it along with heroin and deems it in part as having “no currently accepted medical uses.”

Murthy seems to take issue with that designation. “My position is that we have to see what the science tells us about the efficacy of marijuana,“ he said, before hinting that marijuana laws may need to be reformed. “So I think that we have to use that data to drive policymaking, and I’m very interested to see where that data takes us.”

A former Harvard University professor, the 37-year-old Murthy became the youngest person to serve as U.S. surgeon general after first being nominated in November 2013 for the position by President Barack Obama. The physician, who was born in England to parents of Indian descent, was eventually confirmed for the position late last year.